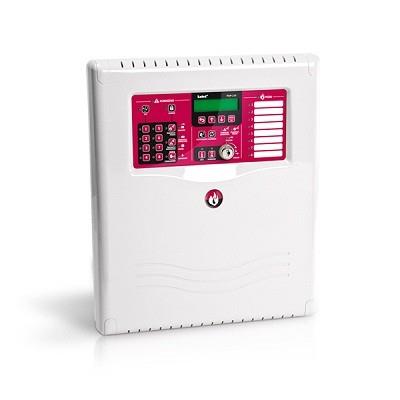 The remote keypad for CSP-200 series control panels enables a remote operation of a fire alarm system through the duplication of the user interface. As a result, the fire alarm control panel may be installed in the most accessible location when taking the system’s topology into consideration, while the keypad may be installed near the workstation of the maintenance personnel. Thanks to a user interface which is identical with that of the control panel, the operation of the system via the keyboard is exactly the same as the local operation via the control panel.
built-in LCD for easy day-to-day operation and system programming,
built-in backup power supply with a single battery 12 V 17 Ah, and AUX 24 V and 18 V power outputs