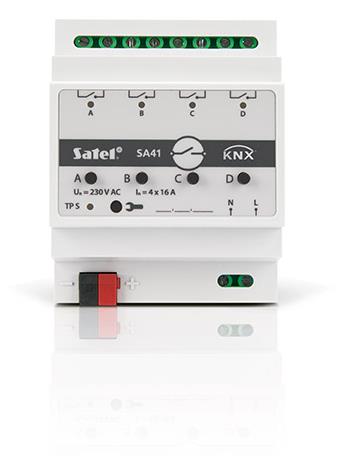 The KNX-SA41 module is a universal switch actuator, which makes it possible to control electrical devices (lighting, ventilation). The telegrams received from various KNX devices (e.g. sensors) are converted, via the module, into concrete actions, such as switching on/off light or fan.

The KNX-SA41 module has 4 relay outputs. Each of them corresponds to one logical channel.